Top
This fashion feature focuses on a young and upcoming musical artist Clayton Duncan! A Virginia native, Duncan tells us what he thinks connects fashion to music and gives insight to what intrigues him about fashion! 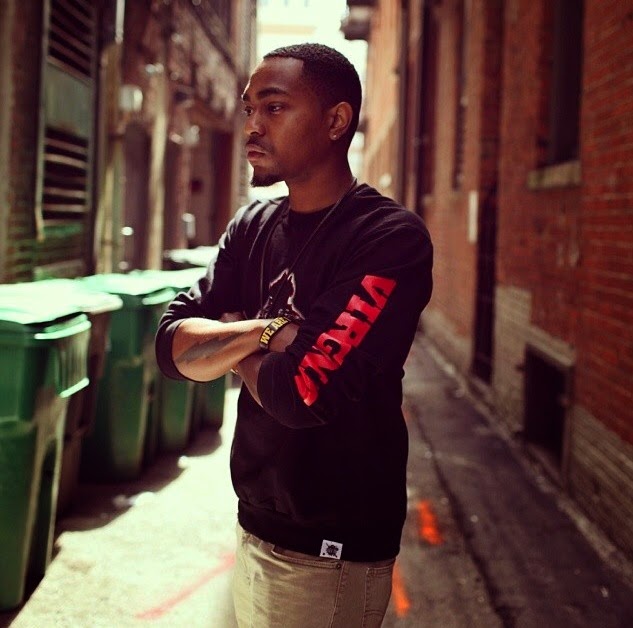 What words or phrases would you use to describe your personal style?
“Effortless”. Obviously some people put no effort into what they wear and it shows in a bad way lol but for me I’ve always felt like my style was just natural. I never really plan what I’m going to wear before I start getting dressed. I just like to hit the closet and put on whatever I’m feeling at that moment.
What do you find most interesting when it comes to today’s current trends?
I find it interesting how much people want to have the same stuff. You know, the cliche example now is Jordan’s and how they’ve become a fashion symbol in hip-hop culture, how hundreds of people will stand in the line to wear the same shoe. For me, if something’s dope and I want to get it then I will, not just because it’ll give off the image that I’m hip or something. I like Jordan’s though lol but you could say the same thing about females with leggings (especially that Aztec pattern smh). It’s just interesting how willing people are to just accept certain styles or trends as the norm.
Many artists have not only become globally known for their music but have also been recognized as fashion icons, how much influence do you feel the music industry has on fashion today?
It has a major influence. There’s no doubt about that. Specifically in hip-hop, it always has and always will. People want to wear the same things their favorite rapper wears or talks about. Even if it’s not their favorite rapper, when something gets put in a major artist song it becomes popular instantly; there’s a whole new status associated with it. That goes back from Nelly with “Air Force Ones”…to the Pack “Vans”…more recently Wiz with the Chuck Taylor’s…and there’s so many more but those are all ones I really saw people wear them because of their association with music. Taking it to another level is when an artist has their own clothing line, and we saw how big that was with Roca Wear, Sean John and all them. Now it seems like it’s the norm for an artist to have their own line, and now even have female artists getting cosmetic lines made as well. The influence is crazy if you really think about it. Whatever’s hot in music has become apart of how we view our own style and self-image.
For anyone just starting out, some may find it difficult to stay true to themselves, what inspires to stay grounded as a music artist?
Well I’d say if they were just starting out it really might be hard because they haven’t really found who their true self is yet. Honestly I feel like it’d be easier to be untrue later on, because if you’re doing something outside of yourself, you know exactly what you’re doing. When you’re just starting out you’re still feeling yourself out, experimenting with different ideas to see what feels best to you. Especially if you have enough talent to be versatile, it’s very hard to determine exactly who you want to be as an artist at the beginning. For me I feel like I just recently started to find how I want to deliver my message and deliver myself, but I’m still working on it, and I think it’s really an on-going process. My best advice would just be to keep working without being afraid to try new things, and to listen to alot of different genres of music instead of just what genre you think you want to pursue. As far as staying true with subject matter, I’ve always just talked about what I’ve seen, experienced, and believed…nothing outside of that. If I haven’t done something, haven’t witnessed it or haven’t completely believed it then I won’t speak on it, period.
Have you been working on any projects lately?
Definitely, working on an album right now to release commercially. So far I love the project and I’m not even finished with it at all. Right now I’m just in the process of creating as much as I can, with a certain sound in mind. It’s going to be tilted “Knockturnal Gallery”. I chose this name because me, and really all my closest friends, always stay up all night working on our crafts. The album will literally be a gallery of the art I’ve been losing sleep to make. Other than that I’ve just been working on producing and reaching out to other artists as a producer. Most people only know me as a rapper, but I I’ve also placed a few songs with local artists and I really have a passion for making instrumentals and songwriting as well. Besides that I have a couple other things in the works, but I can’t give out the details about them right now. All I can say is stay tuned.
Website: www.CTG757.com
Twitter: @CTG757
Instagram: CTG757