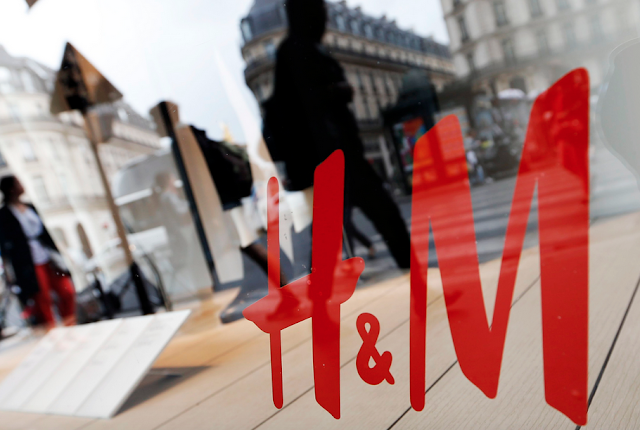 Mariah Idrissi is turning around heads and cultural perspectives as the first Muslim woman to model while wearing a hijab for H&M’s new campaign ad “Close the Loop.” It seems like the Swiss company had more than sustainable clothing in mind, when an Instagram scout found the 23 year old and decided to take her on as a model for the company.

“It always feels like women who wear hijab are ignored when it comes to fashion. Our style, in a way, hasn’t really mattered, so its amazing that a brand that is big has recognized the way we wear hijab.” – Hidrissi
Idrissi still doesn’t know why this slight fame has singled her out (it’s because she’s fierce) when H&M also included and amputee and several other unique individuals in the campaign ad as well! Idrissi opened the company up to a whole entire new market with the appearance  of her hijab. Many of our fast fashion brands do not consider the 1.6 billion Muslim consumers who spent $266 billion dollars on clothing and footwear in 2013. That amount is expected to rise to $484 billion dollars in the upcoming years. In my opinion I feel like this was a great business move for H&M overall.  I am sure they realized that the appearance of the hijab might cause a stir, but some risks are worth taking. 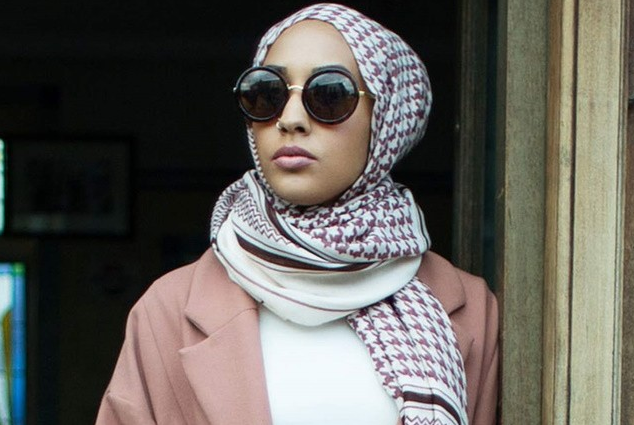 “But to stand and be noticed, to be accounted for, that’s an example anyone can follow. So we are thankful to Maria Hidrissi for having impeccable taste in clothing and a facial expression that kills.”- Muslim Girl
H&M is getting a lot of support on their Facebook page from customers feeling grateful for their inclusion to the company. There is also some backlash towards Idrissi from conservative Muslims who feel like she is taking a sacred symbol of their religion and turning it into a fashion accessory. Overall the London based model seems to be getting the most support from her peers and various fashion minded individuals who realized that this is something that should be seen as normal. Blogger from Muslim Girl noted that, 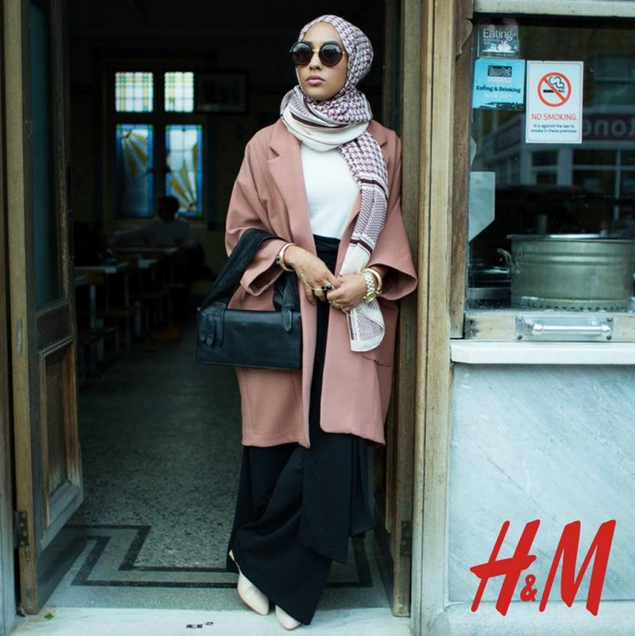 “Mariah Idrissi didn’t just model for an ad campaign, she awakened the people. In a simple and quiet way she made others look at a Muslim woman without fear or contempt but with a healthy curiosity. Maria opened a conversation that has always been strained. Because sometimes, throwing Muslim rage at social issues doesn’t always work. Being super nice doesn’t always work either. But to stand and be noticed, to be accounted for, that’s an example anyone can follow. So we are thankful to Mariah Idrissi for having impeccable taste in clothing and a facial expression that kills.”
I think everyone should be able to exercise their passions without fear of sacrificing their morals and dedication to their religion. H&M did a good thing by hiring her and respecting the unique aspects of her life every step of the way. The campaign ad overall is amazing AND these are awesome sustainable clothing options. The collection was made available this past September and I plan on purchasing a few items.
What do you think about the appearance of the hijab in this campaign ad? What are your thoughts on sustainable clothing? How can we get better at accepting people wholeheartedly for who they are?

Do you struggle to find cute poses for photo shoot

What’s your favorite accessory trend? If you kn